It's Kortnie's recital night tonight.  I just dropped her off at her show (my family and I are going to tomorrow's show, we couldn't get tickets for both nights).  I dropped her off with her test kit, a few snacks, some glucose tabs and juice box, and a couple water bottles and her cell phone.  She goes on as performance #26 so she'll be hanging out backstage with her pals for a good while.  I could have stayed backstage with her, but she wanted to do it on her own, so I let her.  I will be going down to check on her a few times, and once my husband gets home from work, I may just go sit there with her.  Usually at dance practice she drops low and I put her pump on a  -50% basal rate, but tonight she was high when I dropped her off 386, probably because she was excited and nervous.  I told her to check her BG again and call me in an hour.  By then Brian will be home and I'll be headed down there to check on her.  Check on her BG, check on her hair and makeup.
Here she is all ready to go, looking all grown up with her stage makeup.  Sweet and Sassy, I can't wait to see her dance tomorrow night! 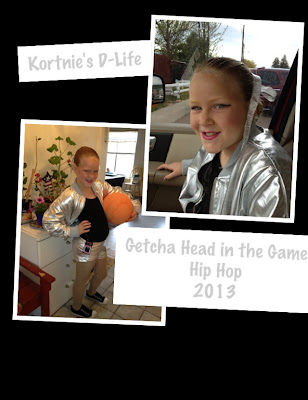 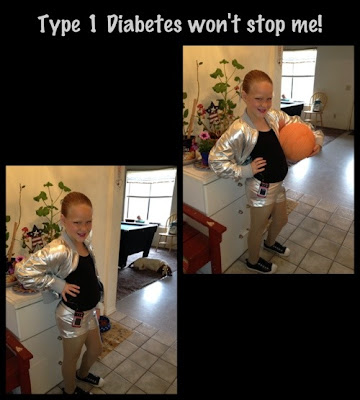 This past weekend, the kids and I took a trip to Utah.  The reason for the trip was a baby blessing (like a christening...sorta) on our new niece.  My parents don't live far from where we were going to be, so they came up for a day to see us too.  So we spent one day with my side of the family, and one day with my husband's side of the family.
We left Friday after school.  Usually when we travel long distances Kortnie's BG is higher than normal, I guess it's all that sitting.  So, I checked her when I picked her up, she was in range, I let her have a cookie and a cheese stick, bolused for the cookie, and upped her basal rate 50%, that is pretty standard for us to do on road trips.
We drove nine hours, the kids did great, we only stopped twice, Kortnie's blood sugar stayed in range with the help of that +50% basal increase.  We got to our hotel at midnight, I checked her BG and she was good, so I didn't set a 2:30am alarm, I just set the alarm for 6:30am.  She woke up with good numbers and I was happy.
Saturday we ate breakfast at the hotel, which is very carby, waffles, bagels, Danish, muffins, etc.  She had 2 mini waffles, 1/2 a bagel with peanut butter, a mini muffin, some eggs, and bacon.  That is a lot of food and a lot of carbs, but we were on vacation, so I let her have it.  Bolused and set a basal increase.  We headed over to meet my parents and go to the zoo, all was well, her numbers were doing okay.  Then she got a little pissy, so I had her check, she was 318, okay, so that is why she is a little irritated, no biggie though, she had all those carbs for breakfast, gave her a bolus and a bottle of water.  All is well, around 45 minutes later we went for lunch and this is where everything went to hell.
She was in range, like 120's.  I should have known something was up.  We had a sandwich and a small bag of chips, I bolused her for that, she still had IOB from the 318 a little earlier, we had been walking and walking, and I still decided to give her the whole lunch bolus.  I guess I wasn't thinking. After I bolused her my mom brings out cookies.  Kortnie picks a tub of Nutter Butters. 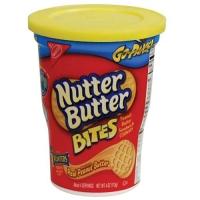 Then my son tells me he doesn't want the crust on his sandwich so I tell him he doesn't have to eat it, well she says she doesn't want her crust either, so I said to her "I guess, you don't have to eat it, the cookies will make up for it, but eat all of the meat and cheese", well she threw away 1/2 of her bread, ate the meat and cheese and started on the cookies slowly, and then later I found out she didn't eat her chips either.  We were walking back into the zoo, and she started stumbling and grabbing at my arm.  We were there with just 3 adults and 6 kids, so I was kind of like "what are you doing?" and then I turned and looked at her and realized she was LOW, I mean by now I can tell just by looking, but she was F'd up and drunkard stumbling and just a mess.  Right then my mom who doesn't know what is going on says "oh look a bird show, lets go sit and watch", I'm like "YES, let's do it!" I'm searching in my backpack for a juice, get the juice out, dad is parking the stroller, mom is corralling 4 kids, I'm trying to get Kortnie a juice and corral my youngest, can't find the freaking straw for the juice, somehow we get sat down and I find a Quickstick in my bag, I'm ripping it open and pouring it in her mouth, getting her checker out and it says 42, but she has a lot of insulin on board.  She's crying and saying that she was walking and everything went black and her stomach hurts.  This one scared her and me too. 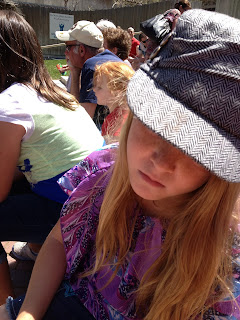